A Narrative Inquiry: What Does It Mean to Be a Black Male Teacher?

Nationwide, only 2% of K-12 teachers in the United States are Black males. As student demographics are shifting, more Black male teachers are needed in urban schools as well as in suburban settings (where this research took place). Research has shown that when Black students see examples of same-race teacher role models in schools, it increases student outcomes and influences future aspirations. Therefore, my narrative research study examined the stories of Black male educators in suburban elementary and middle schools with mostly students of color. Stemming from my own story of why I became a teacher, my motivation for this topic was to discover (a) why Black males became teachers in a White female-dominated profession and (b) what unique role Black males believed they played in their classroom and school community. Based on in-depth interviews with seven Black male educators, findings revealed that the participants aspired to help people before they became teachers. All the participants had either a person or event that influenced them to become teachers. A noteworthy finding is that only three of the seven participants had a Black male teacher during their high school and college years. The remaining four participants never had a Black male teacher. Another main finding included the Black male presence, which focused on how the participants reported setting a positive tone in the classroom and creating an engaging learning environment. Although the participants never used the term culturally sustaining pedagogy, they all said they infused cultural elements into their daily lessons to enhance students’ racial identity and promote learning. The participants valued building rapport and relationships with students. These relationships extended outside the classroom, where participants gave students meaningful advice for their future. The participants took pride in being positive role models for their students, even as some of their colleagues and administrators viewed them as disciplinarians. This study’s findings have implications for increasing the number of teacher preparation programs for Black males, providing incentives for Black males to become teachers, and offering culturally sustaining pedagogy professional development for teachers who teach Black students.

Marner, Nathaniel, "A Narrative Inquiry: What Does It Mean to Be a Black Male Teacher?" (2021). Theses & Dissertations. 100.
https://digitalcommons.molloy.edu/etd/100 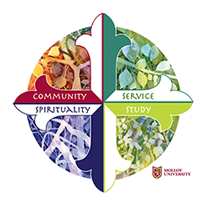